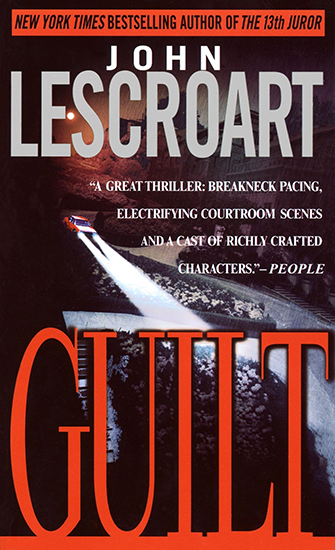 Influential San Francisco attorney Mark Dooher—affluent, powerful, totally in control—is accustomed to getting what he wants. When he meets a beautiful young attorney, he decides he wants her, too. But Mark Dooher is a married man, and as legal counsel for San Francisco’s Archdiocese, divorce is not exactly an option.

Then Dooher’s wife is murdered, and Mark becomes a suspect in the case. Even then, there’s no cause for alarm. The woman he wants is close by his side. His best friend, the ever-loyal Wes Farrell, is his defense lawyer. And his own client, the Catholic Church, is in his pocket. Nothing—not past crimes, current scandal, or future desires—is going to stop him.

Except, perhaps, the truth.

Stanley Tucci of “In Search of Italy” narrated the Bantam Doubleday Dell Audio book version of Guilt.  Check it out here.