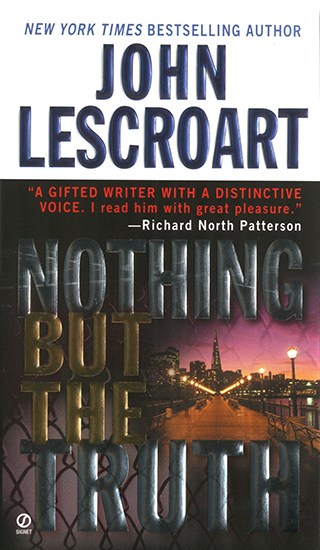 Nothing but the Truth

When San Francisco lawyer Dismas Hardy gets a call saying his wife never picked the kids up from school, he’s worried. Frannie’s a great mother. Turns out there’s a good explanation: She’s in jail.

Unbeknownst to her husband, Frannie has just appeared before a grand jury—and refused to share a crucial piece of information about her friend, Ron, who’s accused of killing his wife. Now it’s up to Dismas to race the clock and find a culprit, all the while wondering: Why would his wife go to jail to protect another man? Who really killed Bree Beaumont—and why? He’s looking for the truth. But he’s not quite sure he wants to find it.