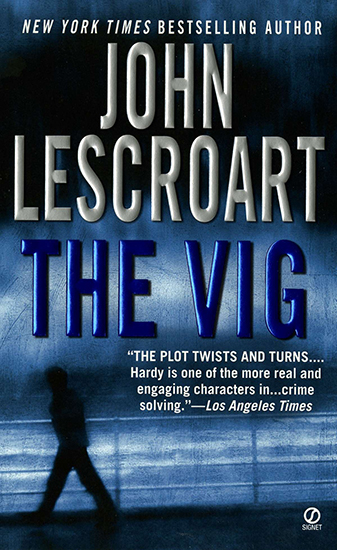 Payback is murder. A beautiful woman paid it with her body. A seedy lawyer used somebody else’s money. It’s the vig—the exorbitant interest mob loan sharks take on their money. Now, in the City by the Bay, everyone has to pay…

Down-and-out lawyer Rusty Ingraham left behind a murdered woman and a houseboat splattered with blood. All the evidence said Ingraham was in San Francisco Bay. Dead. But a friend of Ingraham’s, former cop and prosecutor Dismas Hardy, isn’t so sure. And Hardy has to find out, because a stone-cold killer, now paroled, once threatened to kill Ingraham and Dismas Hardy both.

To save his own skin, Hardy must face down liars and killers on both sides of the law. From mob foot soldiers to brokenhearted lovers to renegade cops, a dozen lives are tied to the fate of Rusty Ingraham—and the payback has only just begun.