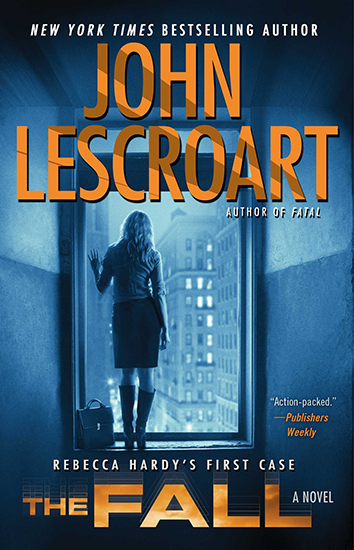 Late one night, a teenage African American foster child named Tanya Paulson plummets to her death from the overpass above San Francisco’s Stockton tunnel. But did she fall…or was she pushed?

Rushing to produce a convictable suspect in the glare of the media spotlight, homicide inspectors focus their attention on a naïve young man named Greg Treadway. Greg is a middle school teacher and he volunteers as a Special Advocate for foster children. At first, the only thing connecting him to Tanya’s death is the fact that they shared a meal earlier that night. But soon enough, elements of that story seem to fall apart…and Hardy’s daughter, Rebecca, finds herself drawn into the young man’s defense.

By the time Greg’s murder trial gets underway, Dismas and Rebecca have unearthed several other theories about the crime: a missing stepfather who’d sexually assaulted her; a roommate who ran a call girl service; a psychologically unstable birth mother; and a mysterious homeless man who may have had dealings with Tanya. Or Greg Treadway himself, who is perhaps not all that he first appeared. But how will they get these theories in front of a jury? And if they can, what price will they have to pay?

With signature suspense and intricate plotting, The Fall puts Dismas Hardy and his only daughter in the middle of one of John Lescroart’s most complex and thrilling cases yet.