“Lescroart delves into the concepts of the presumptions of both guilt or innocence while maintaining a fast pace and delivering a finale full of surprises. This long-running series remains as fresh as ever.”
—Publishers Weekly (starred review)
More praise here 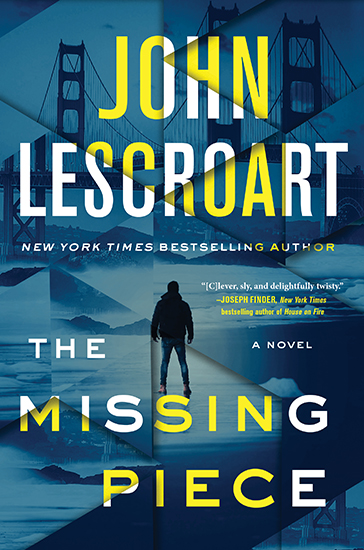 No one mourned when San Francisco DA Wes Farrell put Paul Riley in prison eleven years ago for the rape and murder of his girlfriend. And no one is particularly happy to see him again when he’s released after The Exoneration Initiative uncovered evidence that pinned the crime on someone else. In fact, Riley soon turns up murdered, surrounded by the loot from his latest scam. But if Riley was really innocent all along, who would want him dead?

To the cops, it’s straightforward: the still-grieving father of Riley’s dead girlfriend killed the former prisoner. Farrell, now out of politics and practicing law with master attorney Dismas Hardy, agrees to represent the defendant, Doug Rush—and is left in the dust when Rush suddenly vanishes. At a loss, Farrell and Hardy ask PI Abe Glitsky to track down the potentially lethal defendant. The search takes Glitsky through an investigative hall of mirrors populated by wounded parents, crooked cops, cheating spouses, and single-minded vigilantes. As Glitsky embraces and then discards one enticing theory of the crime after another, the truth seems to recede ever farther. So far that he begins to question his own moral compass, allowing author John Lescroart to explore what The Washington Post calls “the genuine humanism that [is] central to his writing.”

“Lescroart delves into the concepts of the presumptions of both guilt or innocence while maintaining a fast pace and delivering a finale full of surprises. This long-running series remains as fresh as ever.”
—Publishers Weekly (starred review)

“Calling on his trademark eye for the big picture and his sensitivity to changing trends in the perception of the legal system, Lescroart crafts his most searing anatomy of that system since A Certain Justice.”
—Kirkus Reviews

“A new John Lescroart novel is always a cause for celebration!”
—C.J. Box, #1 New York Times bestselling author of the Joe Pickett Series

“Another perfect piece of entertainment from a master storyteller.”
—Steve Berry, New York Times and #1 internationally bestselling author of the Cotton Malone series

“Hypnotic and powerful, The Missing Piece is both a nail-biting cops-and-lawyers puzzler and a fascinating intellectual thriller. From San Francisco’s saloons to its courtrooms, living rooms, and interrogation rooms, you’ll walk the shadowy streets with some of the most interesting characters around. The question is, who really murdered Paul Riley? Grandmaster of suspense John Lescroart will keep you guessing until the dazzling end.”
—Gayle Lynds, New York Times bestselling author of The Assassins

“A superb thriller from a veteran crime writer! Lescroart brings all his many talents to bear in The Missing Piece: stellar plotting, his distinctive, punchy writing style and characters so real you feel you’ve met them before (though ideally not all of them, considering the author’s masterful depiction of villains!). And the city of San Francisco—in all its glory and seediness—truly comes alive under Lescroart’s pen. Bravo!”
—Jeffery Deaver, author of The Midnight Lock

“No one tells a story as seamlessly and compellingly as John Lescroart—he somehow manages to be endearing and sophisticated at the same time. Underneath the engaging characters, brilliant dialogue and riveting timely plot—there’s an undercurrent of humanity, heartbreaking honesty, emotional depth, and the passionate search for justice. Bottom line: John Lescroart is the true master. And his books get better and better. The Missing Piece is terrific.”
—Hank Phillippi Ryan, USA Today bestselling author of Her Perfect Life

“John Lescroart is not only a master of the legal thriller but a master storyteller as well. The Missing Piece is clever, sly, and delightfully twisty.”
—Joseph Finder, New York Times bestselling author of House on Fire

“John Lescroart is one of the most reliable crime novelists of this century. Dismas Hardy gets more intriguing with every new book and here he comes again.”
—Ron Franscell, USA Today bestselling author of The Darkest Night